Auditioning can sometimes feel daunting but it doesn't have to!

Let's work together to find the right look, feel, and emotional depth for the character you'll be portraying, as well as important confidence boosters.

About me:
I received my BFA in fine arts from Montclair State University and have had the opportunity to train with notable schools such as CAP 21 and MN Acting Studio. I have performed in New York and New Jersey in plays, musicals, and films, winning the Jean Dalrymple Award for Best Supporting Actress in the off-Broadway production of The Windmills Of Kiowa County. I enjoy helping others and forming lasting connections. If you have any questions feel free to reach out at CassandraElyse@yahoo.com

Some of her favorite roles consist of The Baker's Wife in Into The Woods, Shirley Clair in The Windmills Of Kiowa County, Dorothy in The Wizard Of Oz, Islander in Insula, and Bloody Mary in South Pacific.

Cassandra enjoys working on roles that challenge her creatively, mentally, and emotionally. "My goal is to take viewers on an immersed journey that transports them into a world where they can forget all about their problems, even if only for a moment." 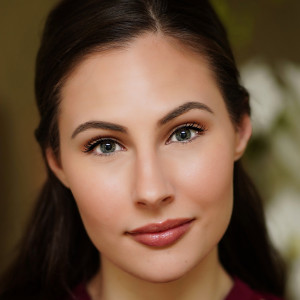 Super sweet. Very attentive and willing to do what you need to get the best performance. Will use again!!! "