I am a Telly Award Winning Artist, A Nike award winning writer, and have been acting for over 25 years!
(With Broadway Credits, Film and commercial.)

If you are looking for a good listener, advice, an outgoing scene study partner, or a calm, collected reader I can do, and be that also!

Thank you and Break a leg!

Carrie K. Thomas is a Bahamian- American born actor and poet . She prides being from New York! Queens to be exact. Her mother, Judy Thomas, worked as a medical technician and a classical musical singer while her late father, Lamar Thomas, was an educator, songwriter and recording artist. Both of Carrie’s parents were famous in the United Kingdom for the duet group ‘Thomas & Taylor,' and smashing hit record "You can't blame love." Growing up Carrie was still unsure of her calling but was intrigued by the arts.

By the age of 13, she wrote her first rap song and performed it for family and friends. Her parents took her on an audition for “The Crucible” at the age of 17 where she was cast in the role of Tituba and debuted in her first repertory theatre performance.
Carrie later obtained a BFA degree in Theatre Arts from Cheyney University of Pennsylvania. Since graduating, Carrie has performed on Broadway at the Chashama Theatre in the romantic love story "Soulmates or Nada," as well as in off-broadway venues such as the Shea Theatre, Hecksher Theatre, and the Riant Theatre.

In 2005, Carrie landed a role in the film "Wander," which was awarded best experimental short film at the Ivy Film Festival, and "Bronx Paradise," winner of the best screenplay at the New York International Independent Film Festival. She was also featured in "How to Look Good Naked" on WE TV Network. Around 2007 Carrie was featured on “Law and Order Criminal Intent.” But her scene didn’t make the final cut. Carrie K. Thomas also is an award winning spoken word artist. Winning a bronze Telly Award. She continues to write and perform her poetry. And was featured on “Lane Bryant’s” social media outlets for the renowned poem “How do I Shine?” Carrie K. Thomas continues to shine earning her MBA in 2018. And writing, performing, and producing short spoken word films “Gentrification, & How do I shine?” Ms. Thomas is currently signed to Evolution Talent Agency for Commercial, TV, and Film. 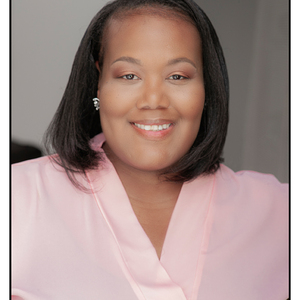 Carrie was amazing! So patient and helpful. "
"

Year
Credit
2021 [IMDB]
Race with love and confidence. How do I shine?
Short
2021 [added]
The Rise of Dreama Caldwell
Joe Troop Blue Dreama