I have been working in film and television as an actor for the last 5 years. I love working with and supporting other actors, making new connections and friendships.

My aim is to help you become your character and make it easier for you to learn your dialogue so that you can bring them to life.

Please feel free to reach out and connect if you need to schedule a session ahead of time or don't see me logged into my WeAudition account.

Im looking forward to working with you in the future

Caneshia Nicole Voisey was born in Bath, Somerset. She then relocated to Devon where she and her family still live now. Caneshia got into Acting from the age of 13, She attended a Theatre company called Theatre Train from 2009-2010 where she performed at Schools and The London Royal Albert Hall, She then joined a Theatre group in 2011-2012 at the Exeter University where she got to perform and help run work shops at the university in Austin Texas, America. In 2012-2013 Caneshia Studied her Edexcel BTEC Level 1 Diploma in Performing Arts. In 2013-2014 Caneshia joined Anthos Arts Theatre Company at Exeter University where she received her level 1 Bronze Art Award through Trinity Collage London. Caneshia then went on to receive her level 2 silver Arts Award in 2014-2015 through the same company In 2017 Caneshia volunteered for the Early Man Movie, Her voice was part of the crowd cheering and chanting scenes during the football match. In 2017 Caneshia did Extra work in 3 episodes of Trollied, In 2017 Caneshia had a Speaking Roll as a Police Officer/Gang member in - GunRise In 2017 Caneshia played a mother in - Severn Beach In 2019 Caneshia played Charlie the granddaughter of Dick in YARDIES 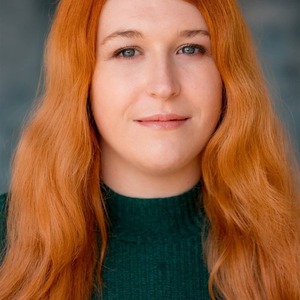