Hi!
I'm Amber, a nationally touring stand up comedian and actor. Two years into this pandemy has me really flexing the zoom audition, self tape, kitchen corner studio muscles.

Happy to improvise OR keep it word perfect.

Looking forward to working with other actors via the magic of technology and WeAuditon.

From fifteen years of stand-up experience to national commercials for Buffalo Wild Wings, Comcast, and pretty much every Midwest insurance company imaginable, actor/comic/producer Amber Preston is as mischievously charismatic onstage as she is onscreen.

Originally hailing from Fargo, North Dakota, Preston earned her Theater Arts degree from the University of Minnesota. Along with musical theater, short films, and improv classes at UCB, she credits roadwork at VFWs and hole-in-the-wall sports bars for enabling her to connect with any audience regardless of age or sobriety level. 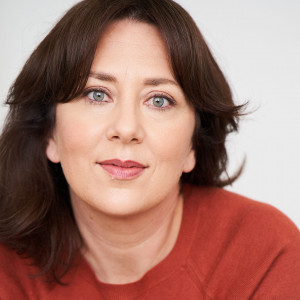