I have been training at Let It go Acting Studio in Bucharest for a while now and I have been involved in a couple of theatre and musicals like "We will rock you" and "Frozen".
I have also played in short movies, one of which I wrote myself.
I used to work for a comedy tv show here in Romania called " Cronica Carcotasilor" where I would write and present a funny column.
So, if you wanna take a chance on me ( as the famous Abba song says) and let me help you on your way to nailing that job, well...feel free to do it!
Good luck!

I am Alexa and I am a singer and actress. I live in Romania but I have been a traveler throughout my life. I've seen so many places and I've met so many people that inspired me in so many ways.
My parents had the divine inspiration of taking me to English classes when I was 5 and it paid off.

I have been a professional singer since my teenage years, even competing in the Eurovision Song Contest, both as a singer and composer.

I used to work in television and although I enjoyed it for a while, once I discovered acting and the world of film, my life suddenly felt richer.
And so, I decided to focus on this path. A hard one someone would say but yet again, I never felt more thrilled, inspired, and passionate.

I've done a couple of musicals and theatre plays like "We will Rock you" and "Frozen" and more recently a couple of short movies, one that I wrote myself.
I am currently training at Let It go Acting Studio in Bucharest for a couple of years now.

I am currently not represented. I am looking for agents to represent me further in my career.
Close Showreel 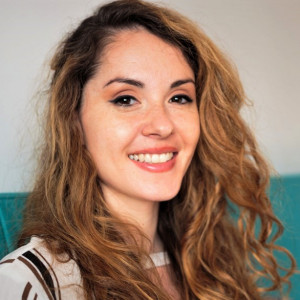