Anna Rosselli is a native of Los Angeles and received her MFA from UCLA's theater, film and television program. I understand the importance of self tapes, rehearsing and supporting the actor. I've worked closely with a CD for several years and know that "moments" are what book the job.

New to we audition and look forward to connecting.

Anna Rosselli is known for her work on A House Divided (2019-2020), CollegeHumor Originals (2006) and De-frienDEAD. A native of Los Angeles and received her MFA from UCLA's theater, film and television program and was the recipient of the Estelle Harmon award. Anna has performed along side Linda Hunt, Bob Gunton, and Jean Smart at Center Theatre's New Works Festival under the direction of Oscar Eustis. Other directors she has worked with included Tony award winning director Mel Shapiro, Hal Landon Jr., Bob Goldsby and Peter Brosius. She then moved to Houston to work with the AD players. Wanting to spend time with family, Anna took a hiatus from acting and moved back to Los Angeles. In 2013 Anna decided to return to acting only this time in front of the camera. Anna can be seen in numerous commercials and independent films. 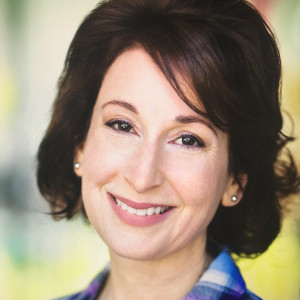